Filipinos feel they are most familiar with the disease, although Chinese people are unsurprisingly the most likely to see it as a major threat

Following its discovery in December, the outbreak of 2019-nCoV – more commonly known as the coronavirus – has now afflicted more than 45,000 people in 28 territories.

With the disease having claimed more than 1,000 lives, the outbreak has the attention of the world’s medical community but seems no closer to abating.

Now the results of a new YouGov international study conducted among 27,000 people in 23 countries and regions show how attitudes to the disease differ across the world.

Awareness of coronavirus varies a great deal from place to place

The coronavirus outbreak has been the most significant international news story for the past two months, but familiarity with the disease is not evenly spread.

Generally speaking, people in Europe and the US report lower levels of familiarity with the ailment, and those in the Middle East report higher levels.

But within the Asia-Pacific region – the most heavily afflicted region – familiarity varies a great deal.

Filipinos seem especially aware of the virus, with 68% saying they are “very familiar” with it and a further 28% feeling “somewhat familiar”. 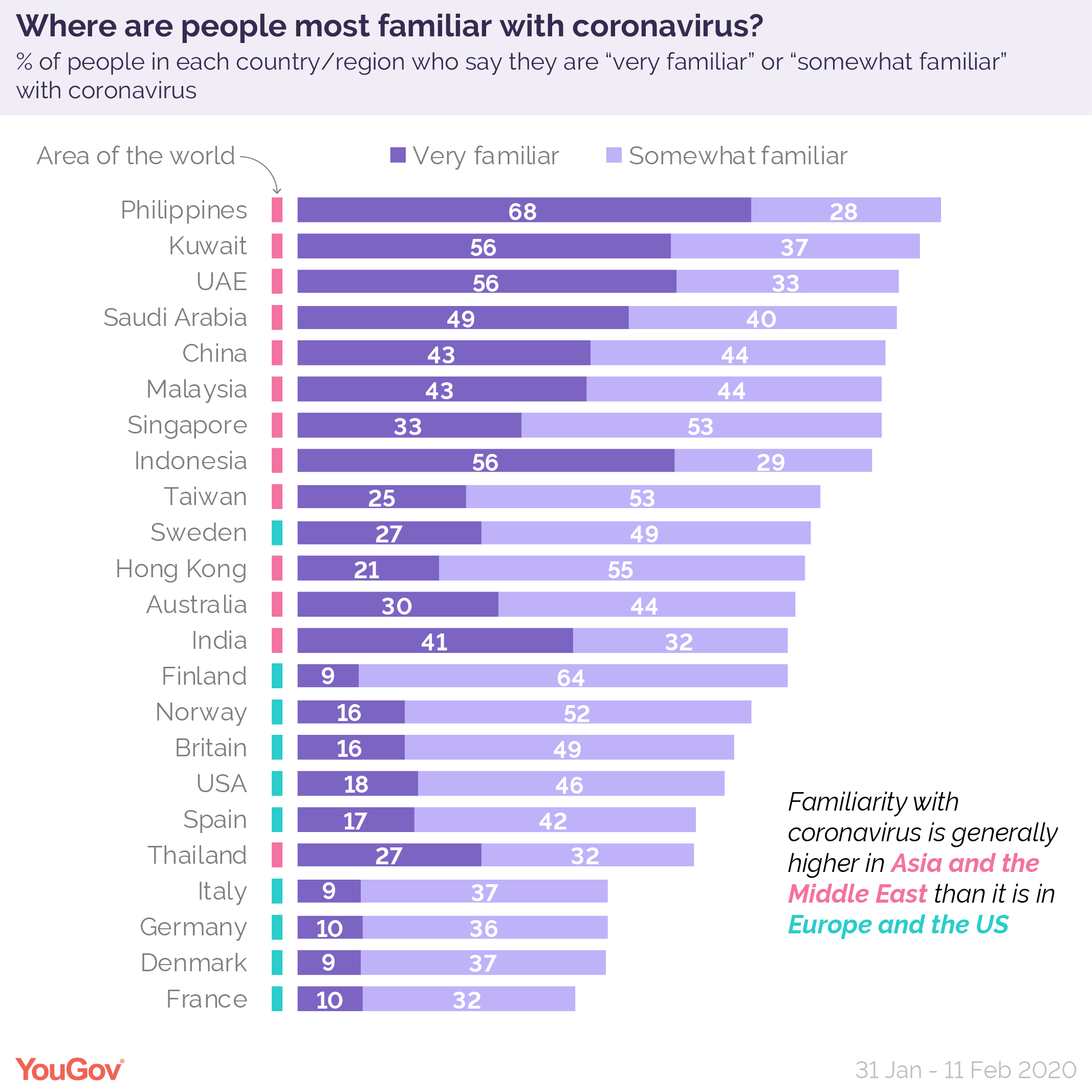 At the opposite end of the spectrum is Thailand, where only 27% report being very familiar with the disease, and a further 32% somewhat familiar.

How much of a threat is coronavirus? Europeans and Americans are less worried

Unsurprisingly people in China are most likely to think that coronavirus is a threat to public health in their own country. Fully three quarters (77%) consider it to be a major threat, with a further 17% branding it a moderate threat.

People in Asian and Middle Eastern nations are substantially more likely to feel threatened by the disease than Europeans and Americans. In Asia-Pacific and the Middle East the majority (58% to 77%) consider the virus a major threat (with Australia an exception at 37%). In the nine European countries surveyed this figures ranges only from 7% to 28%, while in the USA it stands at 27%. 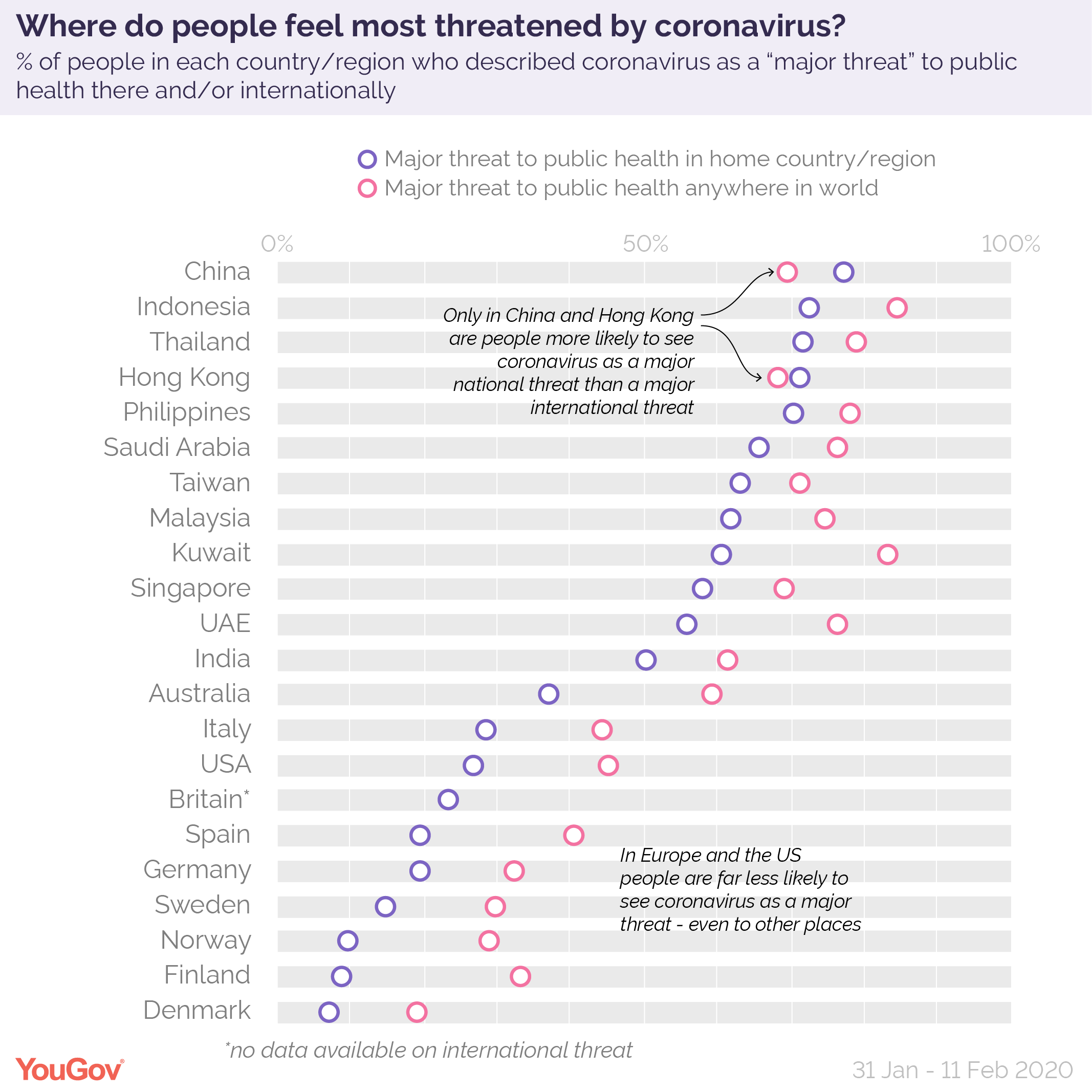 Asked also how big a threat to public health the disease is anywhere in the world, this Europe/US vs Asia/Middle East divide is equally prominent.

In addition, in almost every country and region surveyed people are more likely to see coronavirus as a major threat globally than at home.

There are only two places where this is not the case: China and Hong Kong. The 69% of Chinese people who see the disease as a major threat anywhere in the world is eight points lower than the 77% who see it as a major threat nationally. In Hong Kong the difference is between 71% and 68%.