This month, Piattos is the brand which has achieved the highest uplift in its Ad Awareness over the past month.

The rise coincides with their ‘Piattos Snack O Clock’ web series. Hosted on Facebook, the web series promotes the brand through interactive content.

Launched a month ago, the weekly web series features Filipino vlogger and influencer Kimpoy Feliciano. The Internet star boasts over 2.9million followers on Facebook. With new videos uploaded every week, the web series puts Kimpoy through a series of challenges, while promoting Piattos new flavour of chips.

YouGov BrandIndex data shows that Piattos’ latest advertisements have captured Filipinos’ attention. Piatto’s Ad Awareness score (where someone has seen an advert for the brand in the past two weeks) has risen from +38 to +46 in the past month, jumping 8 points. 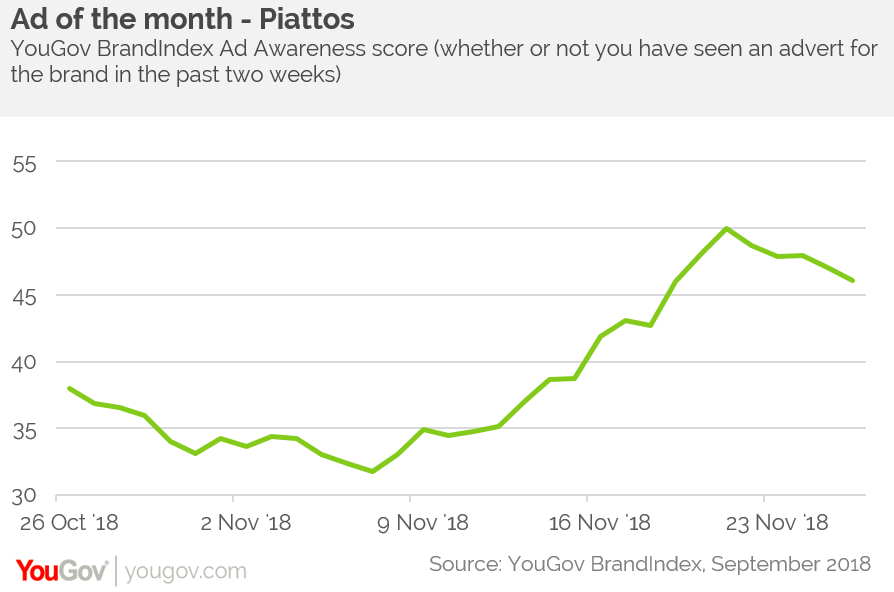 Filipino consumers are not only noticing Piatto’s adverts, but the brand has also seen an increase in attention, with their score on this metric jumping from +30 to +45. The increase of +15 indicates that more people have heard of the brand either through news, advertisement or from friends and family.